I’m not going to pretend that being a man is harder than being a woman, I just think it might be harder than many think.  We have our own set of problems i.e. two or three years of uncontrollable, visible erections during puberty; constant need to peel our scrotums off of our thighs, and a whole bunch of penis related issues.  But we also have a huge issue in other men, and societal gender norms.  What I’m talking about is “macho asshole bullshit” to quote George Carlin.

I’m really tired of the obnoxious role that many people still think men are ‘supposed’ to hold in our society.  I was lucky, I didn’t grow up with the typical male patriarchy bullshit being jammed down my throat in my family.  My father, and Grandfather may have fallen into typical gender roles in some ways, but never did I hear them preach about it the way I did see other fathers, and other older men over the years, but even without their influence, it has been inundating me —at least consciously—for a long time.

There was plenty of people talking about ‘not being a pussy,’ ‘wuss,’ or ‘man’ing up, and you might think this kind of thing only comes from ‘frat’ boy-douchebag types, but it was nerdy guys, jocks, older, younger, it seemed to know no bounds.  These sayings didn’t exist in the exceptions but in the rules. It got to the point, where I stopped wanting to associate with men who behaved like that. I’ve always been more comfortable with women than men.  I would rather hang out with my wife and her friends then the guys 9 times out of 10.

But here’s the other piece, even though I got to the point where I was outright rejecting it, I had fallen into believing a lot of it.  I started to think that because I didn’t like dumb explosion movies, and didn’t want to drive a ridiculous truck, and fire guns, that I was somehow less of a man.  I was ok with it, I saw it as honorable to be less of a man, if that’s what being a man was.

I willingly embraced being ‘not a real man.’  But as I grew up, and matured, I began hearing people telling me that I was a ‘real’ man.  It mostly happened when I would dismiss my own masculinity.  I would say things to my family, and my in-laws, about “well, I’m not a ‘real’ man,” and they would disagree with me.  My father, my mother-in-law, and my wife have probably disagreed the most.  Anytime, I say something against my own masculinity, they tell me that I am a ‘real’ man.

See, I had never considered it a bad thing to not be a man, but when I dismiss it that way, I’m meaning to disagree with the concept, and not the reality.  By saying I’m not a ‘real’ man because I don’t watch sports, or expect to be ‘waited’ on or whatever, I’m actually devaluing the concept of being a man. Being a man isn’t the problem, being ‘that’ kind of man is.

I am at a point in my life, where I think that I have a minimal exposure to this poisonous kind of thinking, but ultimately it still finds me, and it pisses me off.  Right now, it tends to be most common in advertising, but it still sends home the point that some men still believe this shit, and that advertisers know that it works.

Today, I saw an ad in my Facebook feed: 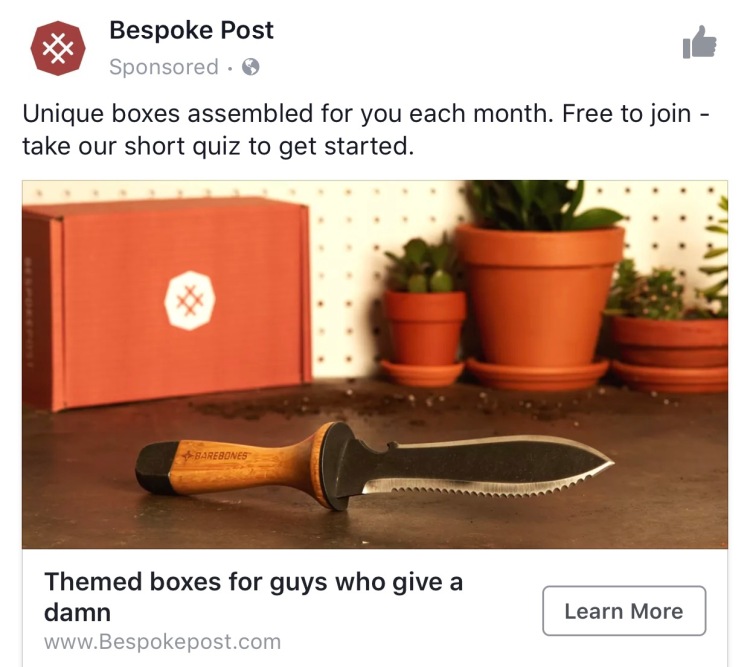 It is not by any stretch of the imagination as bad as a lot of the stupid ads that I get targeted for.  Now, if this had the exact same tag-line and a matching tie and socks, I would have thought nothing of it.  But ‘guys who give a damn’ need a serrated knife?

A couple of months ago, I heard a radio ad from Force Factor, which is some kind of supplement company.  The ad talks about “turning this country back around” to the ‘men who built it.’  If this meant ‘leaner and physically healthier’ that would be fine.  They don’t mention in the ad physical fitness at all (to be fair and honest, when I looked up the commercials online for this post, some of their commercials do mention health and fitness, but not all).  The ad campaign is called the ‘Man Up America.’

These ads, and so many of the other stereotypes seem to be an inherent masking of insecurity, whether it be about penis size, or sexual prowess, or even just overall success in life. This highlights another piece of this problem, and that is in what we are not seeing.  We aren’t seeing too many ads, or movies, or pop culture, in which non-stereotypical masculinity is hailed as ‘manly’.  Here’s the thing, if you’re a man… anything that you do can be inherently ‘manly.’

What’s the manliest thing I do?  That I’ve ever done?  No question, it’s taking care of my son.  Due to my current unemployment, I am a stay-at-home father.  No one has said anything disparaging about it, no comments about it being a woman’s role, or anything like that, but is that because it’s seemingly temporary?

I do hear shitty little comments about other men choosing to raise their kids, and other things in life. We need to own this.  We need to be proud to be doing our best at whatever we do, whether it’s male nurses, or muscle-bound trainers.

We should attempt, to only allow our own actions define us.  What I mean by that, is we shouldn’t hold ourselves up to any model of masculinity, but also, we cannot define ourselves by who loves us and how.  I’m at that stage of life where everyone is getting married, and I’ve heard a ton of stupid crap, about marital roles, but also the process of getting married.  It’s harmful for both participants.

One big thing, is some form of masculinity in getting a woman to take your name. Women see not taking a man’s name as a feminist act, and they have a strong point (as long as those women who want to take their husband’s last name are respected as well). Men on the other hand are often hurt by the woman not wanting to take their name. Please understand that this goes back to ownership, and the only way in which it challenges your masculinity, is if you think your masculinity exists in having power over or ownership over your wife.

Lastly, there are some men taking their wive’s last names—I don’t get it, if I were to do some kind of compromise, it would be both assuming both names, but to each their own—this doesn’t make you less of a man.  If you think it makes you less of a man, then your problem isn’t masculinity, it’s confidence.  That’s the problem with all of these stereotypes, they aren’t real masculinity, they’re masks.  Think about the ‘manliest’ men you can, in most cases, you’ll find that they’re actually a lot more comfortable doing ‘non-manly’ things than the men who look up to them. 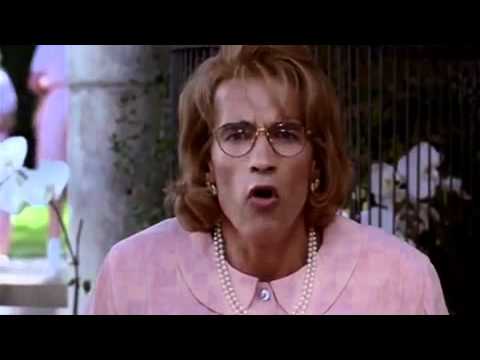 Michael, is a highly motivated, filmmaker and video professional. Coming from a marketing background, Michael knows not only the ins and outs of a quality video, but also how to make the most impact across various media platforms. In addition to his work with Chocolate Diamond Media, Mike enjoys family time with his wife and son, traveling, and reading. View more posts